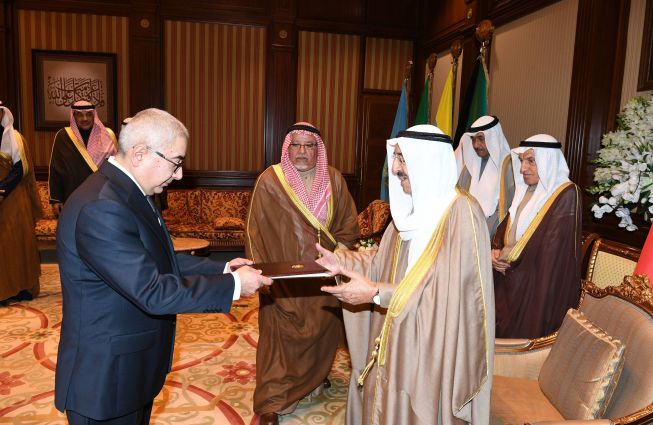 During the discussion that followed the ceremony, His Highness Amir Al-Sabah greeted the Armenian Ambassador and wished him all the success in his responsible mission.

Ambassador Baghdasarian acknowledged His Highness’ warm reception and good words and conveyed the greetings from President Armen Sarkissian and Prime Minister Nikol Pashinyan, as well as assured he will spare no effort to deepen the Armenian-Kuwaiti relations in all domains. He also expressed his gratitude to the State of Kuwait for its support and cooperation as well as valued the bridging role of the Armenian community in the ties of the two countries.

His Highness in response stated that they consider the Armenian community as their brethren in Kuwait, and mentioned that Armenians are distinguished by their work and observance of the law.